Intergovernmental organisations are political institutions dealing with specific topics. Their members are states, who are convinced that certain issues can be solved better and quicker through a joint course of action than alone. 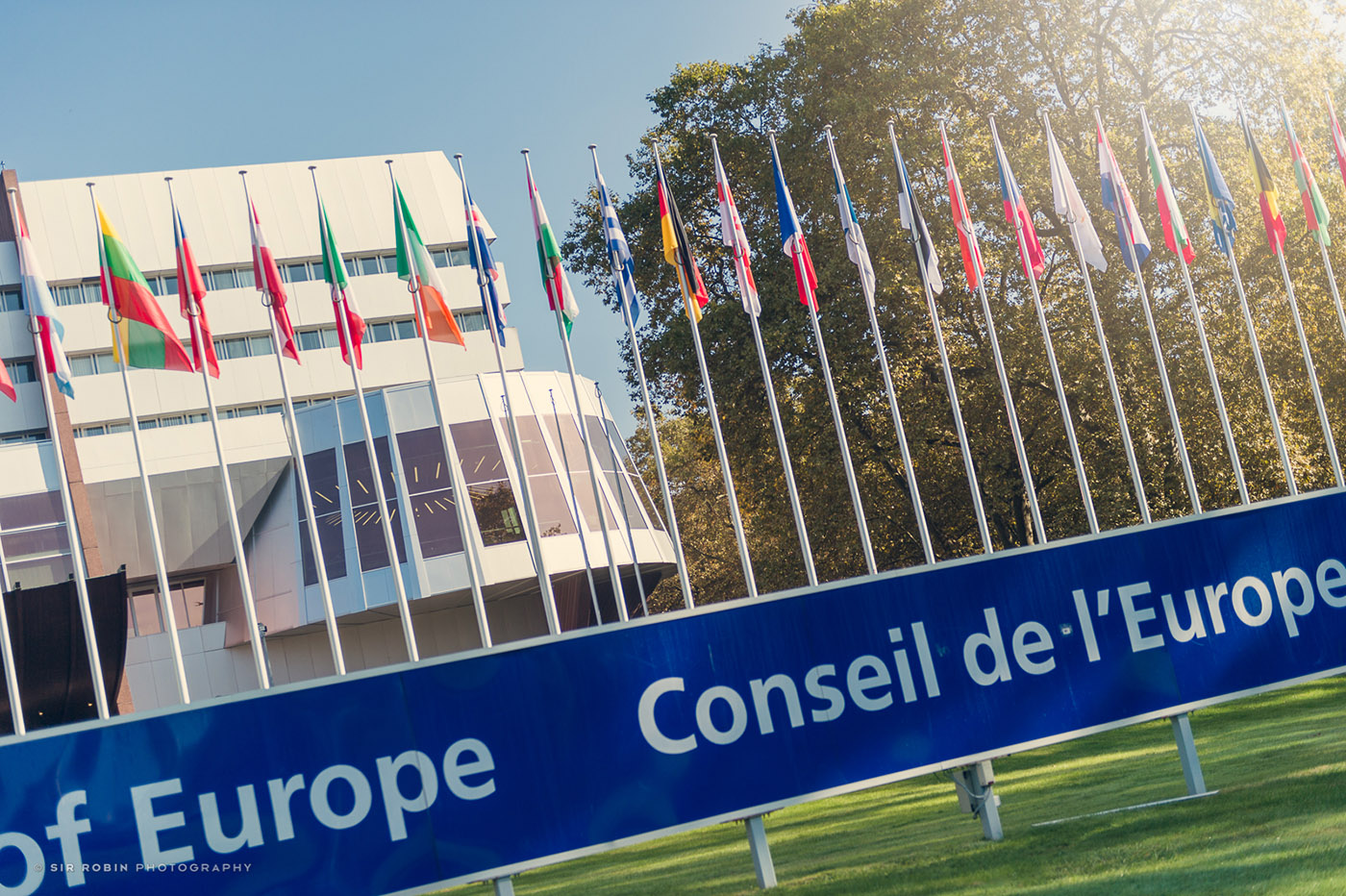 The Council of Europe in Strassburg is not only the largest but also the oldest intergovernmental organisation in Europe. It was founded in 1949; its headquarters are in Strassburg/France and its working languages are English and French.

The establishment of democratic structures based on the rule of law as well as the political culture that goes with it is a time-consuming process which requires patience. Often, it takes more than a single generation to familiarise people thoroughly with the values behind these structures and the behavioural patterns which sustain them. For this reason, the Council of Europe is considered to be Europe’s “School of Democracy”.

Today, the Council of Europe has 47 member states. It counts all European countries among its members as well as countries from the outer edges of the continent like Turkey, Russia and Azerbaijan, with the exception of Belarus, who cannot be accepted as a member because of its continuing violations of human rights. All member states have equal rights; they can each cast one vote when balloting and take turns chairing the Committee of Ministers, the organisation’s decision-making body, for six month at a time.

Beside the Committee of Ministers as the decision-making body, the Council of Europe has several consultative bodies at its disposal: The Parliamentary Assembly is seen as the organisations “engine”. Its delegates come from all member states and are elected members of parliament in their respective countries. The delegates in the Congress of Local and Regional Authorities come from all member states and are elected members of local or regional political bodies there. The Conference of International Non-Governmental Organisations unites more than 400 internationally operating non-governmental organisations from all areas of civil society. The Commissioner for Human Rights works independently towards protecting human rights and raising public awareness for them in all member states. Lead by a Secretary General, a Secretariat, made up of more than 2’500 in part highly specialised professionals from all member states, coordinates all activities of the organisation.

The European Convention on Human Rights (ECHR) is an international treaty created by the Council of Europe. It entered into force in 1953 and protects the human rights and fundamental freedoms of every person in every member state of the Council of Europe. All member states have ratified the ECHR and are, therefore, legally bound by this treaty. The ECHR is a unique legal instrument. In terms of civilisation, it is considered one of the most important achievements in Europe after the Second World War.

In order to make sure that any violation of the demands specified in the European Convention of Human Rights (ECHR) could be brought up before a court, the Council of Europe established a unique instrument in 1959: The European Court of Human Rights (ECtHR). Every human being within the jurisdiction of a Council of Europe member state who considers his human rights violated by the state is free to lodge a complaint, after having exhausted all national remedies.

With the purpose of protecting and promoting its core values, the Council of Europe has created more than 200 treaties & monitoring mechanisms as well as partial agreements and further instruments. The organisations public relations activities include campaigns, on-topic action as well as the publication of information documents. Furthermore, the Council of Europe provides its member states with platforms for discussion.

The annual ordinary budget of the Council of Europe is € 255 million (2020). The organisation is funded by its member states. Their respective annual contribution is based on a formula that takes into account population and Gross Domestic Product. The biggest contributors are France, Germany, Italy, the Russian Federation and the United Kingdom. Together, these five states provide more than one half of the total amount.

Council of Europe and European Union

The Council of Europe is not to be confounded with the European Union: The EU is a supranational union of 27 member states, which exists in its current form since 1993. The European Parliament of the EU meets – among other places – in Strassburg. 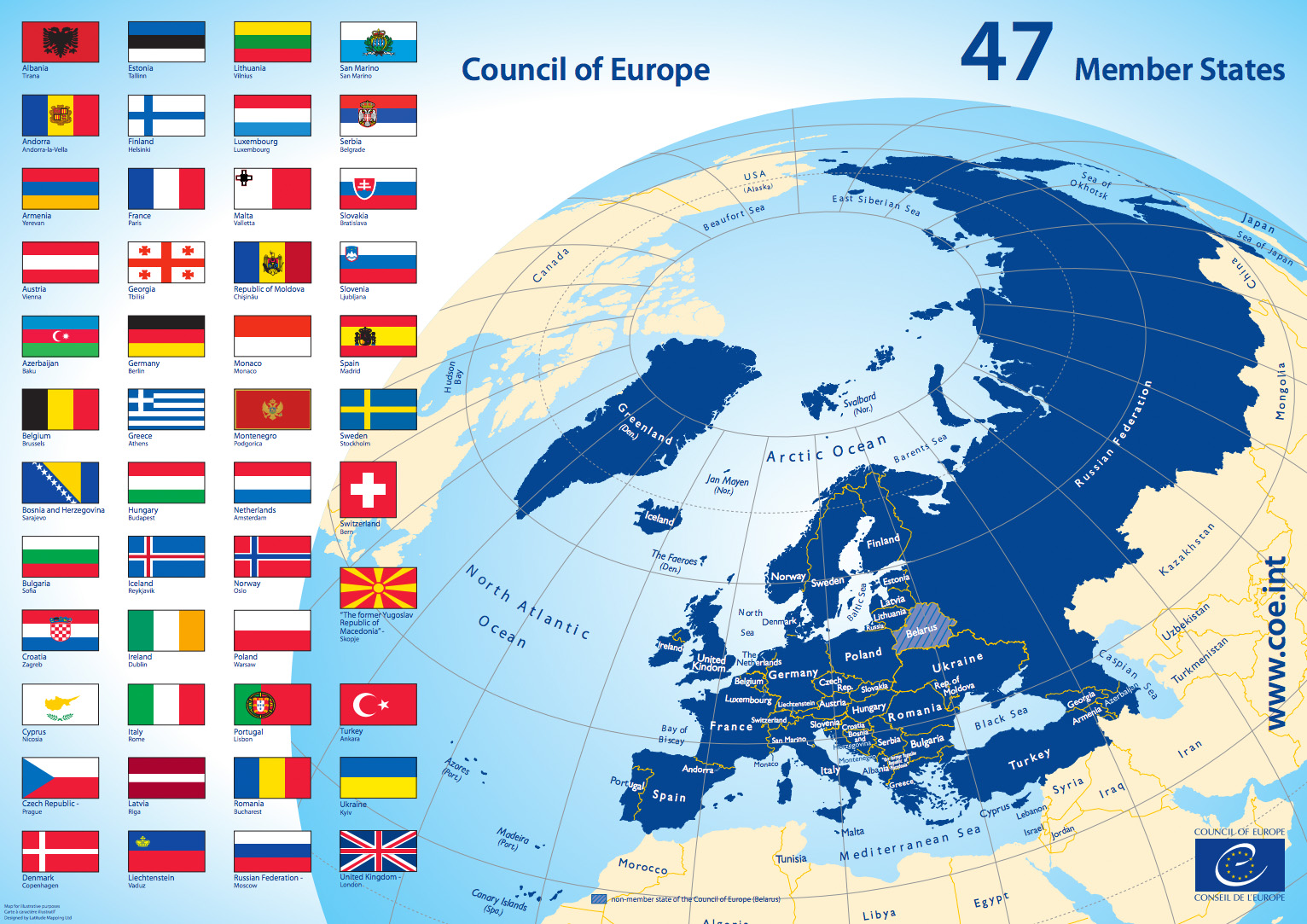