All different – All equal 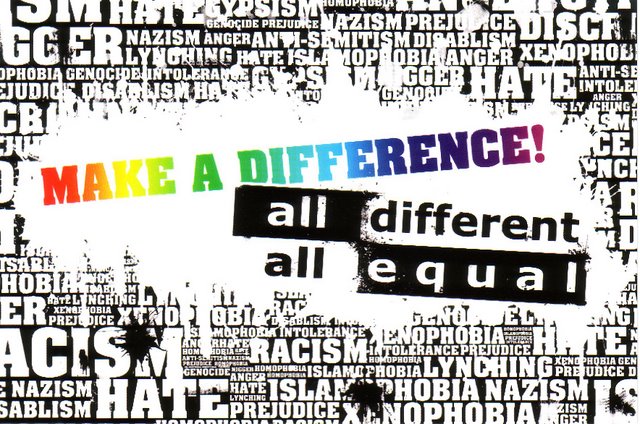 The fight against all forms of discrimination – be it in reference to language, nationality, colour, gender or religion – is one of the Council of Europe’s priorities.

Therefore, in 1995, the organisation marked the 50. anniversary of the end of World War II with a youth campaign called “All different – all equal”.

Since 10 years later racism, anti-Semitism, xenophobia and intolerance were still topical in all European countries, the Council of Europe ran a new campaign, using the same successful slogan and logo.

The campaign started in 2006 in Strassburg, ran throughout 2007 and 2008 and was implemented by more than 40 countries.