The European Audiovisual Observatory was set up within the framework of the Council of Europe in Strasbourg in 1992 in order to collect, analyse and provide data about the audiovisual industry in Europe (Cinema, television, radio, video; various on demand services like Video On Demand or Catch-up TV).

By making this information available, the Observatory aims to promote transparency about the ways, in which audiovisual industries in Europe are functioning, both from an economic and legal point of view.

In order to get the data required for its work, the Observatory has established a network of individual correspondents, national institutions and professional consultancies at national as well as transnational level.

The Department for Information on Markets and Financing provides statistical and economic analysis of the trends in the European cinema, television, video and internet sectors as well as intelligence on the means of financing in these various sectors.

Some of the Observatory’s services are made available in the form of paid publications, both in print and in electronic versions; others are at free disposal to the public, like the following databases:

The Executive Council is the Observatory’s governing body, in which every member state as well as the European Commission of the EU, which is part to the agreement as well, is represented with one vote. The Executive Council is supported by the Advisory Committee, which includes representatives from the major European professional organisations, representing most sectors of the audiovisual industry.

The Observatory is financed partially by its members and partially through the selling of its products and services. The Financial Committee  – composed of the Permanent Representatives, i.A. the ambassadors of the Council of Europe member states in Strassburg – holds an annual meeting in order to adopt the budget. 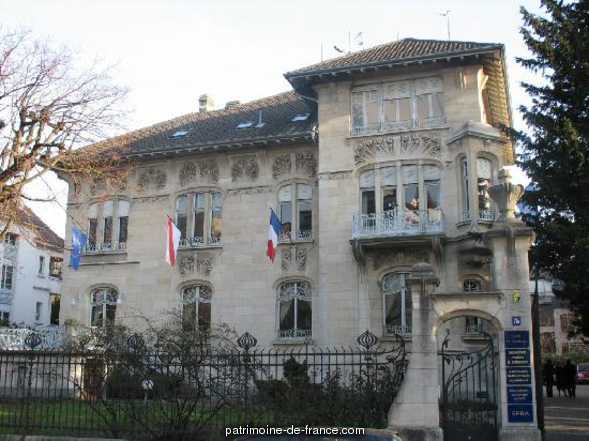 Ever since its foundation, the Observatory’s headquarters have been located in the Villa Schutzenberger. This beautiful art nouveau building, designed by the architects Berninger and Krafft in 1990, was kindly made available to the Observatory by the City of Strassburg.