The Council of Europe Development Bank (CEB) is a multilateral development bank with a social vocation: It provides governments, local or regional authorities as well as public or private financial institutions with loans for social projects. The borrowers are generally the beneficiaries of the loans they receive, but they can also act as project promoters on behalf of one or several final beneficiaries.

The CEB is the Council of Europe’s oldest partial agreement. It was established in 1956 under the name of “Council of Europe Resettlement Fund for National Refugees and Over-population in Europe”. Since the banks’ scope of action has progressively widened to other sectors over the years, it was renamed in 1999, and now carries a name correspondent with its actual field of work. 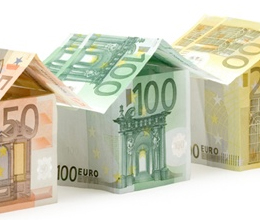 The CEB represents a major instrument of the policy of solidarity in Europe. With the aim of strengthening social cohesion on the continent, the CEB contributes to the implementation of socially oriented investment projects through four sectoral lines of action:

Characteristics of the CEB

Structure of the CEB

The Governing Board sets out the general orientations for the Bank’s activity, lays down the conditions for Bank membership by other states, decides on capital increases, approves the annual report, the accounts and the Bank’s general balance sheet. It consists of a Chairman and one representative for each Member State.

Administrative Council
On behalf of the Governing Board, the Administrative Council establishes and supervises operational policies, approves investment projects submitted by the governments and votes on the Bank’s operating budget. It consists of a Chairman and one representative for each Member State.

Governor
The Governor is the Bank’s legal representative. He is the head of the Bank’s operational services and responsible for the Bank’s staff. He conducts the Bank’s financial policy and represents it in all its transactions. He examines the technical and financial aspects of the requests for financing submitted to the Bank and refers them to the Administrative Council.

Auditing Board
The Auditing Board checks the accuracy of the annual accounts, after they have been examined by an external auditor. It is composed of three members appointed by the Governing Board.