Convention against Trafficking – and GRETA 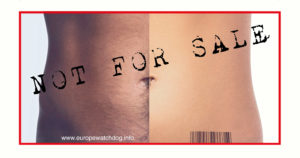 Most Europeans are convinced, that slavery belongs to an inglorious past.

Unfortunately, that is not the case: Trafficking in human beings is not only a contemporary reality, but a global multi-million business at that. In Europe alone, thousands of men, women and children are being traded like any given commodity every year.

Lured by false promises about professional education or a job elsewhere, they leave their families and homes – only to find themselves sexually exploited, or forced to toil under sometimes inhuman conditions in industrial plants, on farms or in private households.

Convention for Action against Trafficking in Human Beings – and GRETA

With its Convention for Action against Trafficking in Human Beings (CETS No. 197), the Council of Europe has created the first legally binding instrument in Europe to fight the problem of human trafficking comprehensively. The Convention entered into force in 2008 and is open for signature to non-member states of the Council of Europe as well as to member states. It covers every form of trafficking, every type of victim and every sort of exploitation, and focuses on “three P’s”:

Since 2009, an independent group of max. 15 experts called GRETA – Group of Experts on Action against Trafficking in Human Beings – is monitoring the situation in the signatory states with regard to the implementation of the Convention and provides support to their governments.

GRETA puts its know-how on combating trafficking in human beings at the disposal of the signatory states. It also regularly visits each signatory state and draws up an evaluation report, on which the government of the country in question is called to comment. The comments are included in the report, which is then published by the Council of Europe.