Counterfeit medicines are medical products, whose identity, nature and/or source are fraudulently misrepresented and labelled.

Even though these products are a serious threat to public health, the trade in counterfeit and illegal medical products is increasing worldwide: Today, it is a multi-billion Euro industry, often linked to organised crime.

The reasons for this trend are the high profits, the relative anonymity on the internet, the low risk of prosecution for the traders and the comparatively mild penalties. 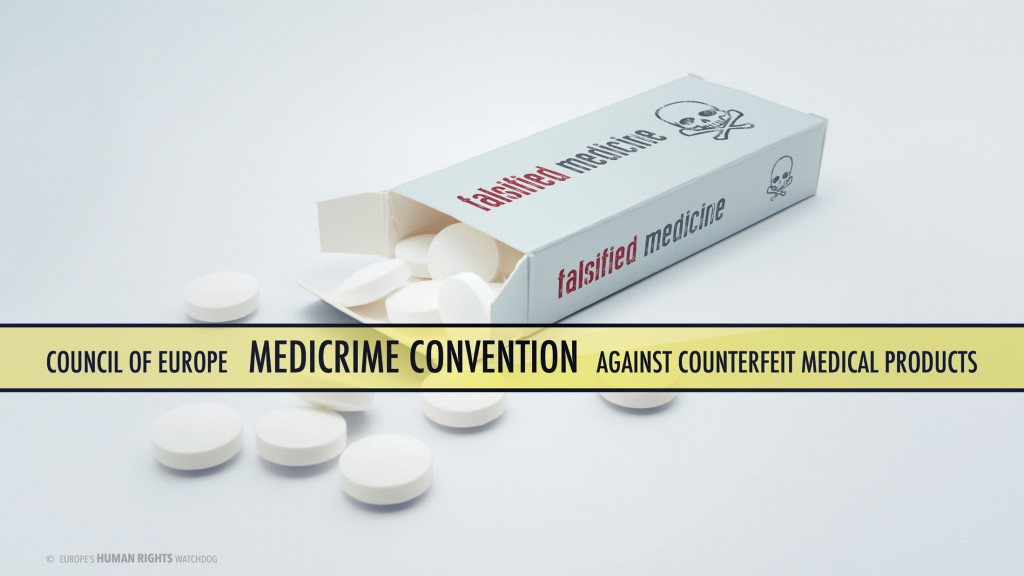 In order to put a stop to this dangerous development, the Council of Europe has set up its Convention on the counterfeiting of medical products and similar crimes involving threats to public health (CETS No. 211).

The Medicrime Convention, as it is called for short, is the first international treaty of its kind. It entered into force in 2016 and is open to member states and non-member states of the Council of Europe.

The Convention provides a framework for national and international co-operation as well as for coordination at national level.

Parties to the convention are obliged to criminalise certain acts, such as:

Furthermore, members of the Convention are asked to take the necessary measures to establish the quality and safety requirements of medical products and ensure the safe distribution of medical products. They are required to provide for:

In addition, each Party has to take the necessary legislative and other measures to protect the rights and interests of victims of counterfeit medical products, in particular by: 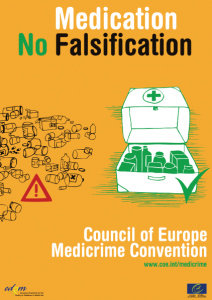 Responsible for the monitoring of the implementation of the Medicrime Convention by the member states will be a Committee of the Parties.

In order to contribute to a multisectoral and multidisciplinary approach, the Committee will be composed of representatives of the Parties to the Convention as well as one representative each appointed by the Parliamentary Assembly of the Council of Europe, the European Committee on Crime Problems (CDPC) and other relevant Council of Europe intergovernmental or scientific committees.

Representatives of relevant international bodies, of civil society and non-governmental organisations (NGOs) can be admitted as observers.

The Committee’s first meeting will be held within a period of one year following the entry into force of the Medicrime Convention for the tenth signatory having ratified it. The Committee will then adopt its own rules of procedure.

All legally manufactured and sold medicines in Europe are subject to strict standards concerning composition, production and quality.

The Council of Europe’s European Pharmacopoeia includes more than 2’500 quality standards and guidelines and is the most comprehensive set of regulations of its kind in Europe.

It is elaborated and supervised by the European Directorate for the Quality of Medicines & HealthCare (EDQM).