Prevention of Torture – and CPT

Torture is one of the most severe human rights violations in existence. It has, therefore, been prohibited through treaties by Intergovernmental Organisations such as the United Nations and banned worldwide.

The European Convention on Human Rights (ECHR), created by the Council of Europe in 1950, lists torture right at the beginning. Article 3 says: “No one shall be subjected to torture or to inhuman or degrading treatment or punishment.”

ars later, the member States of the Council of Europe felt, that regular monitoring would greatly advance the cause of a torture-free Europe.

Persons taken into custody find themselves at the mercy of an all-powerful State apparatus. Therefore, the European Committee for the Prevention of Torture and Inhuman or Degrading Treatment or Punishment (CPT) is tasked with visiting places of detention such as prisons, juvenile detention centres, police stations, holding centres for immigration detainees, psychiatric hospitals, social care homes, etc., in order to assess how persons deprived of their liberty are treated there. The Committee then outlines its findings in a report addressed to the member State in question and adds recommendations on how to improve the situation.

The European Committee for the Prevention of Torture and Inhuman or Degrading Treatment or Punishment (CPT) is composed of one independent expert per member State, chosen from a list of three candidates by the Committee of Ministers. CPT members are elected by the latter for a term of office of 4 years, twice-renewable.

CPT members are expected to be of high moral character, and they must be known for their competence in the field of human rights or have relevant professional experience. Typically, members work as medical doctors, prison physicians, psychiatrists, criminologists, professors for penal law, judges, lawyers, police officers, sociologists, social workers, or psychologists.

The CPT elects from among its members a President and two Vice-Presidents for a term of office of two years respectively, once-renewable. Together, they form the so-called Bureau, which acts as a board, chair the meetings and direct the work of the CPT. They are assisted in all matters by a Secretariat, headed by an Executive Secretary. 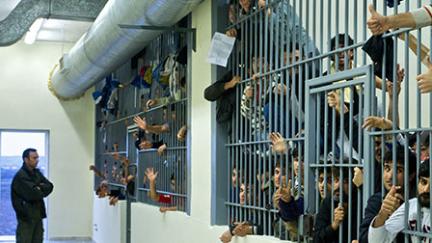 CPT carries out periodic fact-finding visits to all member States but is also allowed to schedule ad-hoc visits, if need be. Both kinds of visits are announced to member States beforehand, and they have to grant CPT members unrestricted access to all facilities, where people are kept in detention.

While periodic visits are announced to the public a year before they take place without giving specific dates, ad-hoc visits are only made public after the visit has taken place.

During their country visits, CPT members familiarise themselves with the conditions within these facilities and have confidential, in-depth talks with government officials, detainees, residents, representatives of non-governmental organisations (NGOs) and other stakeholders from civil society.

Following every visit, CPT draws up a confidential report on its findings. Since CPT – like every monitoring body of the Council of Europe – aims to prevent human rights violations, it adds recommendations for further action to the report, which is then forwarded to the member State in question, together with the request to hand in a detailed response. After that, CPT engages in a confidential dialogue with the member State in order to ensure the implementation of its recommendations.

Member States are under no obligation to publish the report: Only upon their request can the report – with or without the government response – be published at all, but non-published reports have become an exception.

If a member State fails to co-operate or refuses to improve the situation in the light of the Committee’s recommendations, the CPT can issue a public statement on the matter.

Every year, the CPT submits a much-noticed annual report on its overall activities to the Committee of Ministers. The report gets published by the Council of Europe and is available to the public.

Furthermore, the CPT publishes factsheets on topical issues like Immigration detention; Transport of detainees, or Women in prison, and puts together useful checklists on its work like, for example, Inspection of a prison medical service by a CPT doctor; or Visits to social care institutions where persons may be deprived of their liberty.