The Rule of Law

The meaning of the term rule of law

In its most general sense, the term rule of law is used to describe a political system governed by law – rather than by the arbitrary use of power – and where no one, not even the State, is above the law. 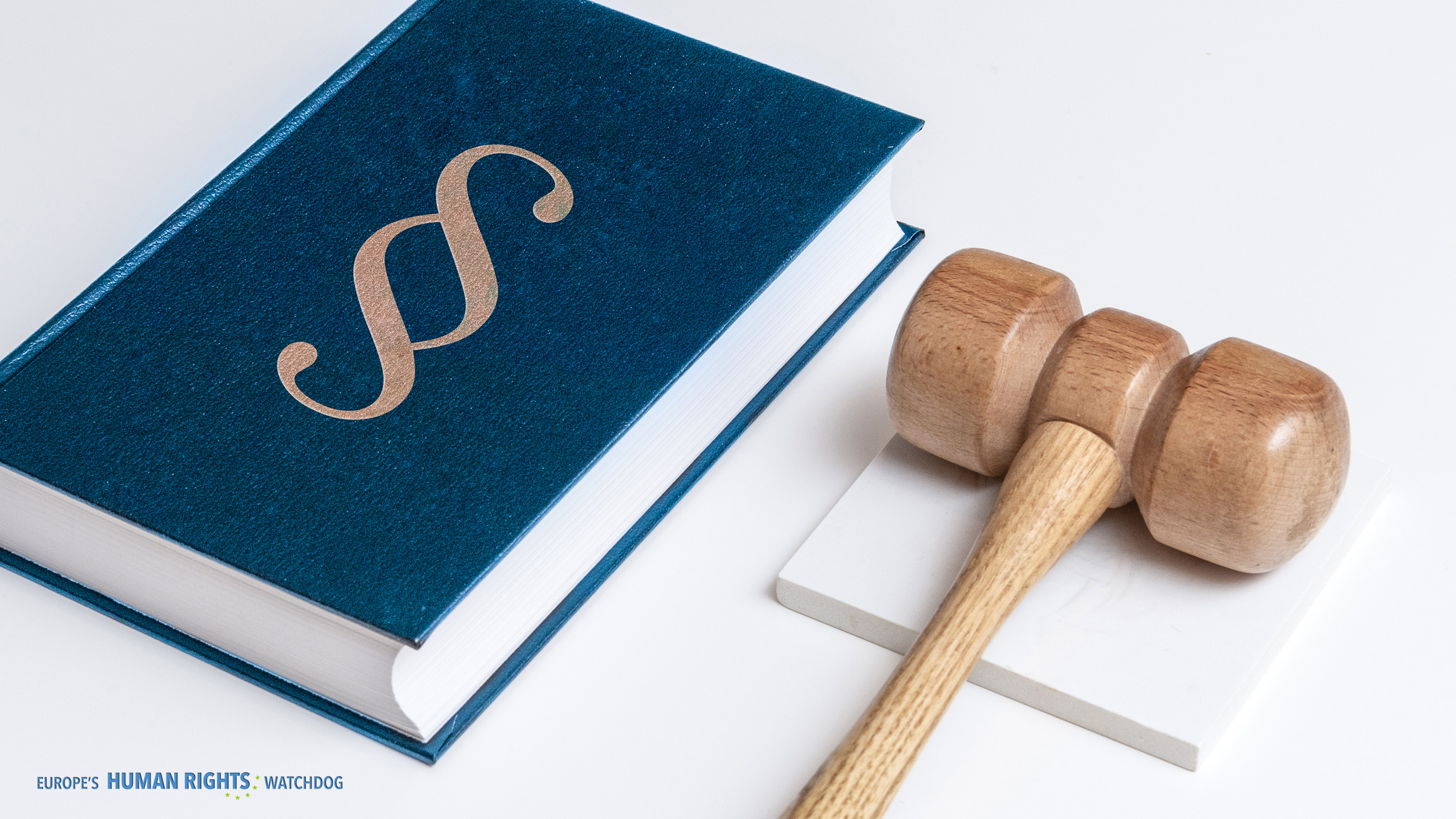 The rule of law is considered one of the defining elements of the liberal and pluralist societies found in Western democracies. In combination with several other liberal ideals such as human rights, democracy, or social justice it aims at providing peace, security, stability and prosperity to all people living in a country.


The rule of law in the history of ideas

Reflections leading – in time – to the concept of the rule of law can be traced back to Ancient Greece where the philosopher Plato (*ca. 424) in his work “Nómoi” wrote “where the law is subject to some other authority and has none of its own, the collapse of state, in my view, is not far off, but if the law is the master of government and the government its slave, then the situation is full of promise and men enjoy all the blessings all the gods shower on a state.”

Plato’s most famous student, Aristotle (*384 BC), continued the discussion about governance and state leadership in his work “Politiká”, where he mulled over questions like whether it was better to be governed by the best man or the best laws.

Generations of thinkers followed in the footsteps of these great men, and throughout the Middle Ages, the Renaissance, and the Age of Enlightenment these topics were addressed by a number of influential political philosophers across Europe such as Niccolò Machiavelli (*1469, Italy), John Locke (*1632, England), Montesquieu (*1689, France), and Immanuel Kant (*1724, Germany).


The modern concept of the rule of law

The modern concept of the rule of law, as used today, emerged in 19th century Europe, when German political scientist Robert von Mohl (*1799) coined the term “Rechtsstaat”, and prominent constitutional scholars such as A. V. Dicey (*1835) in England, or Raymond Carré de Malberg (*1861) in France shaped their theories on the topic.

Today, university researchers all over the world and from various fields of study like philosophy, law, social theory and theory of the state keep arguing the properties, scope, and application of the rule of law. Some of them concentrate on the formal aspects; others focus on its procedural side; and still others reflect on the role the rule of law plays in combination with other concepts such as democracy, human dignity, social justice, liberty, property, or human rights.


The rule of law: a fundamental principle at unversal level

While these deliberations have led to the existence of not only one but many academic definitions of the rule of law, the general idea behind it has become a basic principle at universal level.

The United Nations describes the rule of law as “fundamental to international peace and security and political stability; to achieve economic and social progress and development; and to protect people’s rights and fundamental freedoms”.

his global recognition of the rule of law as a concept has inspired governmental and non-governmental initiatives alike: the NGO World Justice Project, for example, has created the Rule of Law Index, a quantitative assessment tool designed to offer a comprehensive picture of the extent to which countries adhere to the rule of law.

At governmental level, the Rule of Law Checklist developed by the Council of Europe’s Venice Commission in 2011 has become a widely used tool for international organisations, national authorities and civil society to evaluate the state of the rule of law in a State.

The Council of Europe and the Rule of Law

The rule of law is one of the three core values of the Council of Europe. In combination with the other two – human rights and democracy – the rule of law creates the basis for the kind of liberal and pluralist society the Western world has come to appreciate and look for after the catastrophe of the Second World War. The Council of Europe’s 1949 founding document already states that every member State of the organisation must accept the principles of the rule of law.

As a result, these principles not only inspired the European Convention on Human Rights (ECHR) – which is the foundation of the European human rights protection since its creation by the Council of Europe in 1953 – and are inherent in all the Articles of the Convention, but are also a guiding principle to the application and interpretation of the European Court of Human Rights (ECtHR) the impressive body of case-law on rule of law-related requirements are proof that both the Convention as well as the Court are not only instruments for the protection of human rights but also tools for the protection of the rule of law and the collective enforcement of its requirements.


The rule of law in Europe’s three major legal families

The legal provisions referring to the rule of law, both at national and international level, are typically of a rather general character and do not provide a comprehensive definition of the concept. Furthermore, the concept represented by the term rule of law varies within the three major European legal families (English, French and German).

Although the translations suggest otherwise, the English “rule of law” does not entirely correspond with the French “Etat de droit”, or the German “Rechtsstaat”: in England, the rule of law is viewed as a constraint of the theoretically unlimited power of the state over the individual; in Germany, the rule of law is focused on the nature of the state; and France connotes the rule of law as (judicial) constitutional review of ordinary legislation. These differences are rooted in the historical development of the political and judicial systems within these three state territories.


The key principles of the rule of law

Despite the lack of a shared definition of the rule of law, its principles constitute a fundamental and common European standard to guide and constrain the exercise of democratic power. The absence of an identical concept represented by the term is not an impediment either: research carried out by the Venice Commission of the Council of Europe shows that despite their differences all three major European rule of law concepts share certain key principles, namely

In order to illustrate what these six key principles stand for a few selected examples are given for each of them:

Legality means i.a. that the State must act on the basis of, and in accordance with, the law in a transparent, accountable and democratic manner. The existing law must be implemented, applied and enforced; and the State must not only comply with its national law but also honour the obligations acquired through the ratification of international treaties.

Legal certainty means i.a. that all law must be made public, that it must be easy to understand, and foreseeable as to its effects; that no one can be punished for doing something that is not prohibited by law; that no one can be tried for an offence committed at a time when the offence was not (yet) punishable by law; and final judgments by domestic courts must be enforced and are not to be called into question either by the applicant or the State.

Arbitrariness must be prohibited by law. The discretionary power of State officials must be limited and regulated by law; everyone must be granted access to justice before independent and impartial courts; and court decisions must be reasoned.

Respecting human rights means i.a. that everyone is entitled to a fair hearing within a reasonable time by an independent and impartial tribunal, including the possibility of being advised and defended; that every accused person must be presumed innocent until proven guilty in a court of law; and that no one can be tried twice for the same offence.

The law must be interpreted and applied without any discriminations, be it on the grounds of race, colour, sex, language, religion, political opinion, national or social origin, birth, or any other reason.


Human rights, democracy, and the rule of law seen as a unity

These few examples illustrate the paramount importance of the rule of law principles for any liberal and pluralist society. Simply put, the rule of law prepares the ground for effective human rights protection by curbing the democratic powers through law and thus making sure that a majority cannot rule arbitrarily and unconditionally over a minority.

The examples also show to what extent the three core values of the Council of Europe are dependent on each other and are interconnected. Non-discrimination, for example, has its proper place in the rule of law as much as in democracy and in human rights. Similarly, the right to a fair trial is an established claim of human rights but can only be guaranteed by the principles of the rule of law.

This interconnection of human rights, democracy, and the rule of law has, over the last decades, become so pronounced that the three principles are nowadays seen as a single objective, and their promotion and protection has become the core objective of the Council of Europe.