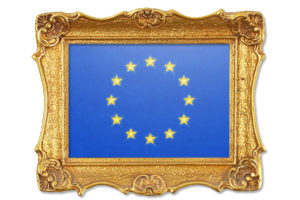 The idea of a united Europe is not a recent one: In the course of time, various thinkers, philosophers, writers and politicians have described their vision of a common future for the continent.

William Penn, for example, proposed the creation of a “Council of Europe” in order to establish lasting peace. Benjamin Franklin drew up a proposal for a European constitution. George Washington, Charles Mackay, Victor Hugo, Giuseppe Mazzini and Giuseppe Garibaldi spoke of the “United States of Europe”. Richard Coudenhove-Kalergi coined the term „Pan-Europe“, and “United Europe” is still is one of the keywords used by modern-times European movements.

After the catastrophe of the Second World War, Europe had to rebuild itself. Following the guidance of pioneers like Winston Churchill, Konrad Adenauer, Robert Schuman, Paul-Henri Spaak, Alcide de Gasperi and Ernest Bevin, it did so on the basis of human rights, democracy and the rule of law. The foundation of the Council of Europe on May 5th 1949 was the first step on this continuing path.