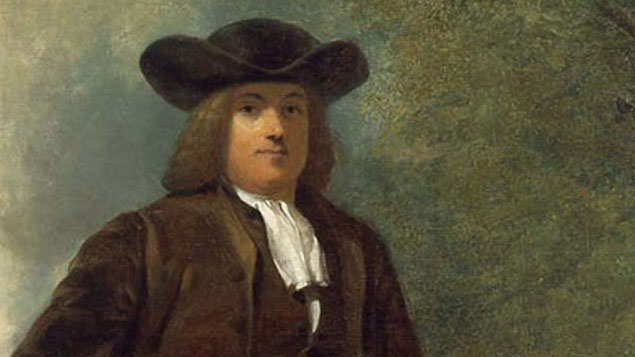 “An Essay towards the present and future Peace of Europe by the establishment of an European Dyet, Parliament or Estates.”

William Penn (1644 – 1718) was an English Quaker and theologian. He is chiefly known as the founder of the US-state Pennsylvania – named after his father – and as one of the pioneers of public international law.

It is less known, however, that the author of more than 100 publications about religion and tolerance wrote an essay, in which he proposed the creation of a “Council of Europe” in order to establish lasting peace and security in war-torn Europe.

“An Essay towards the present and future Peace of Europe by the establishment of an European Dyet, Parliament or Estates” was published anonymously in four editions, starting in 1693, and was also available in French. In chapters 4 to 8 of the essay, the author describes the proposed institution as “Parliament of Europe, Imperial Parliament, States of Europe, European Confederacy, European League or General Diet Estates”. He suggests possible member states, discusses terms of admission and legal titles, looks at the chairmanship and national representations, ponders rules and regulations concerning elections and votes, argues provisions about attendance and substitution, deliberates possible sanctions and suggests certain working languages.

From a present-day perspective, William Penn’s proposals, regarding a pan-European political institution, sound like a slightly old-fashioned description of the Council of Europe. This present-day organisation has implemented most of the recommendations put forward in the essay: From the – for William Penn self-evident – inclusion of Russia and Turkey to the setting up of a judicial authority to specific geographical, architectural and linguistic suggestions.

It is most impressive, that William Penn was able to evaluate and predict the demeanour of the ruling powers in Europe so accurately, that he was capable of outlining an institution for the peer-control of these powers more than 250 years before Europe was actually ready to establish such an institution.

Link to the Essay (PDF): http://www.fredsakademiet.dk/library/penn.pdf