ECRI is the most important instrument in the Council of Europe’s fight against all forms of racism, discrimination, xenophobia, antisemitism and intolerance.

ECRI was not created as a monitoring-mechanism for a specific treaty, but as an independent body: It was founded in 1993, following a decision taken by the Heads of State and Government of the Council of Europe’s member states at their Vienna summit that year.

As such, ECRI was a major stakeholder in the elaboration of Protocol No. 12 to the European Convention on Human Rights (ECHR), which provides for a general prohibition of discrimination. 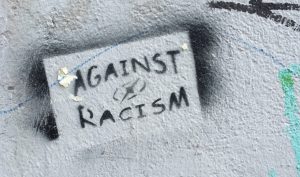 ECRI consists of one autonomous expert per Council of Europe member State. Typically, the experts are lawyers, judges, journalists, academics, ombudspersons, or other professionals with recognised expertise in dealing with racism, racial discrimination, xenophobia, antisemitism and intolerance.

The experts are appointed by the government of their respective country for a five-year term of office, twice renewable. Candidates can be rejected by the Committee of Ministers of the Council of Europe if they do not fulfil the criteria set out in ECRI’s Statute.

ECRI holds three plenary meetings a year. Its annual report to the Committee of Ministers contains all its activities and is available to the public.

The Bureau acts as a board to ECRI. It consists of the Chair, two Vice-Chairs and four members. It is assisted in all matters by a Secretariat, headed by an Executive Secretary.

On the legal basis of the European Convention on Human Rights (ECHR) ECRI is tasked with:

ECRI monitors all manifestations of racism and intolerance in Europe by paying regular visits to each of the Council of Europe member states. Its country-monitoring deals with all member states on an equal footing and takes place in five-year cycles, covering 9 to 10 countries per year. 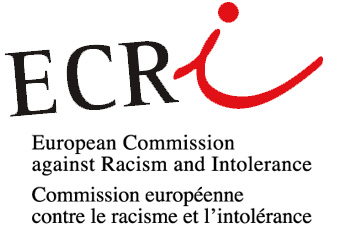 After each visit, ECRI publishes a country report containing its findings along with recommendations as to how the country in question might deal with the problems identified. These country reports are based on information gained from official as well as unofficial sources (the latter being treated confidentially) such as:

ECRI’s work – including its country visits – is based on co-operation, dialogue and exchange of information with the governments of the member states: ECRI does not strive to judge member states, but to provide them with assistance on how to combat racism and intolerance.

This fact is reflected in the constructive style of ECRI’s country reports, which are sent to the government of the country in question, prior to being published, in order to ascertain, that they do not contain technical mistakes. In addition, the viewpoints of the national authorities of the country in question are included in the report, where the latter deem it necessary.

ECRI is currently in it’s 6th monitoring cycle which started in 2019 and will go on until 2024.

ECRI’s work on general themes consists of the elaboration of General Policy Recommendations. They are addressed to the governments of all member states and provide guidelines for policy-makers drawing up national strategies and policies.

So far, ECRI has drafted 16 General Policy Recommendations. They address problems like antisemitism; racism and intolerance against Muslims or Roma; racism and racial discrimination in policing, sport, employment, school education or while fighting terrorism; the dissemination of racist, xenophobic and anti-Semitic material via the internet; combating hate speech; safeguarding irregularly present migrants from discrimination.

Combating racism and intolerance can only be effective if the message filters down to society in general. In order to involve the various sectors of society in an intercultural dialogue, ECRI is working closely with NGOs as well as Youth Organisations and other representatives of civil society.

In order to combat racism and intolerance comprehensively, ECRI not only works in close co-operation with NGOs and other representatives of civil society, but also with various specialised bodies within other intergovernmental organisations, chief among them: