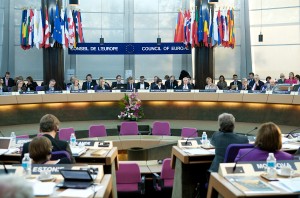 The member states take turns chairing the Committee of Ministers – and with it the whole Council of Europe – for six months respectively, following the alphabet of the member state’s names in English.

The Committee of Ministers meets once a year for a plenary session. During this Ministerial Conference, pre-negotiated decisions get officially adopted and become thereby operative. 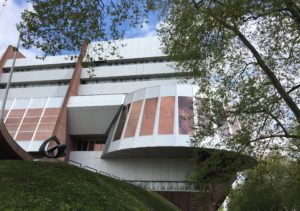 Since the actual members of the Committee of Ministers are not present in Strassburg on a daily basis, they are represented by their delegates, i.e. their ambassadors.
These delegates are based in Strassburg permanently and are, therefore, called Permanent Representatives to the Council of Europe. Accordingly, the embassies of the member states of the Council of Europe are called Permanent Representations.

The delegates of the Committee of Ministers meet at least once a week, usually on Wednesdays, for a plenary session and are assisted in their work by the diplomats under their authority.

In order to examine and revise the various aspects of the Council of Europe’s work in preparation of this weekly session, the Delegates and the diplomats under their authority meet regularly within the framework of the following seven Rapporteur Groups: