The Council of Europe seeks to promote and ensure respect for the human rights, equality and dignity of every individual, including lesbian, gay, bisexual, transgender and intersex (LGBTI) persons.

Discrimination on grounds of sexual orientation or gender identity is not compatible with Council of Europe standards. Therefore, the organisation started the fight for LGBTI rights already in the early 1980s. 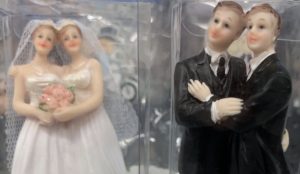 The case law of the European Court of Human Rights (ECtHR) is playing an essential part in combating discrimination against LGBTI persons.

Furthermore, the Committee of Ministers of the Council of Europe, the Parliamentary Assembly (PACE) and the Congress of Local and Regional Authorities have each drafted several seminal guidelines on the issue.

The publication “Combating discrimination on grounds of sexual orientation or gender identity” (pdf) provides a compilation of the standards adopted by the Council of Europe. It can be used as a reference for governments, international institutions, NGOs, media professionals and other parties involved in protecting and promoting the human rights of lesbian, gay, bisexual, transgender and intersex persons.

In order to eradicate discrimination against LGBTI persons, legal responses and political declarations must be combined with educational, cultural and awareness-raising measures.

The Sexual Orientation and Gender Identity Unit (SOGI) is spearheading the Council of Europe’s efforts in that direction. It does so by developing projects, organising and participating in conferences, round-tables and network-meetings, publishing expert studies and information material, setting up national action plans and making available best practices & promising policies from the Council of Europe’s 47 member states in the online SOGI database.

Discrimination against LGBTI persons has a long history. Only in recent years, however, has the public at large in the Council of Europe member States gradually become more aware of the problem and the fact, that counteraction is needed. 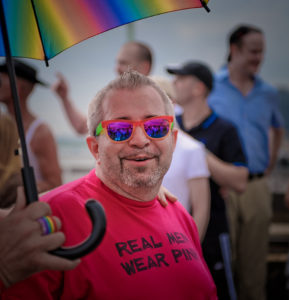 This development is reflected in the monitoring reports of the European Commission against Racism and Intolerance (ECRI). These country reports take stock of the general situation in each of the Council of Europe member States regarding racism, discrimination, xenophobia, antisemitism and intolerance. ECRI also makes recommendations to the government in question on how a certain situation could be improved.

Since the start of it’s 5th monitoring cycle in 2012, monitoring the situation of LGBTI persons has become part of ECRI’s work. The reports describe the challenges, LGBTI persons have to face in society and give an overview on what has already been achieved and what remains to be done in order for them to be able to enjoy equal rights.