Swiss Nationals at the Council of Europe

Experts from all member states – including Switzerland – are working in the various bodies, monitoring mechanisms and instruments of the Council of Europe. Here’s a short introduction to some of the most visible Swiss nationals, past and present: 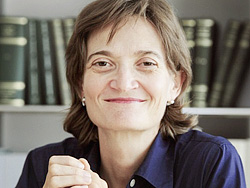 Helen Keller is a professor of international, constitutional and European law at the University of Zurich in Switzerland. Her connection to the Council of Europe started, when she worked at the Court within the framework of a research project on amicable settlements; later on she represented clients before the Court. In 2011, she was elected to serve as a judge of the European Court of Human Rights (ECtHR). 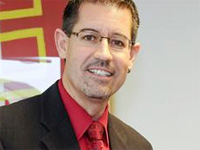 By tradition, Liechtenstein nominates candidates from Switzerland for certain international judicial offices such as the country’s representative at the European Court of Human Rights (ECtHR). The current judge on behalf of Liechtenstein, Carlo Ranzoni, is a Swiss barrister who was appointed a judge to the Princely Court of Liechtenstein in 2001 and has served as a legal expert on various Council of Europe and United Nations committees. In 2015 he was elected a judge to the European Court of Human Rights (ECtHR) by the Parliamentary Assembly of the Council of Europe. 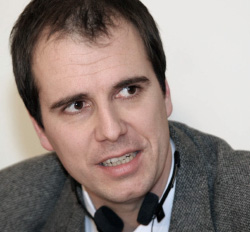 Every Council of Europe member state is represented before the European Court of Human Rights (ECtHR) by a government agent. Switzerland’s agent since 2018 is Alain Chablais. The lawyer, who holds a Ph.D., worked for the Council of Europe’s Framework Convention for the Protection of National Minorities as well as the organisation’s Venice Commission before he was elected to serve as a judge with the Swiss Federal Administrative Court in 2009 and, three years later, was made a professor for Public Law at the University of Neuchâtel/Switzerland. Today, Alain Chablais heads the division for International Human Rights Protection at the Swiss Federal Office of Justice and represents Switzerland not only before the European Court of Human Righrts but also before various monitoring bodies of the United Nations. 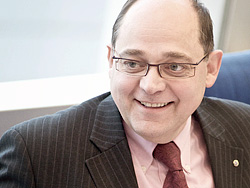 Jean-Marie Heydt is a dual citizen of Switzerland and France. He studied law and social science, holds a Ph.D. in comparative educational science and is currently Director General of the Association Générale des Familles du Bas-Rhin in Strasbourg. In 2013 he was elected Chair of the Executive Committee of the Council of Europe’s Lisbon based Centre for Global Interdependence and Solidarity, better known as North-South Centre. 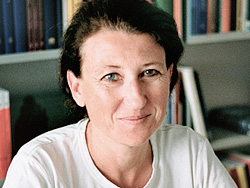 Regina Kiener is a professor for constitutional and administrative law, including public procedural law, at the University of Zurich in Switzerland. She’s a lecturer at the Center of Competence for Public Management at the University of Bern as well as at the Swiss Judicial Academy. In 2013, she became Switzerland’s representative in the Venice Commission, the Council of Europe’s advisory body for legal and constitutional matters. 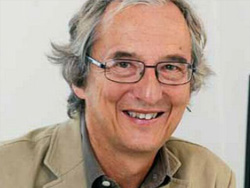 Bertil Cottier is a professor for Communication Law at the Università della Svizzera italiana in Lugano/Switzerland as well as an associate professor at the law faculty of the University of Lausanne/Switzerland and a guest professor at the Academy of Journalism of the University of Neuchâtel/Switzerland. The former deputy director of the Swiss Institute of Comparative Law was appointed Swiss representative to the European Commission against Racism and Intolerance (ECRI), the Council of Europe’s chief instrument in the fight against racism, discrimination, xenophobia, anti-Semitism and intolerance – in 2019. 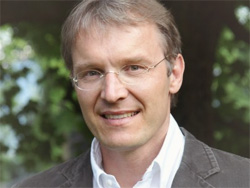 Dr. Hans Wolff (M.D.) heads the Division of Penitentiary Medicine at the Geneva University Hospitals. He is vice-president of the Conference of Swiss Prison Doctors as well as a member of the Central Ethical Committee of the Swiss Academy of Medical Sciences. Since 2013, he is the representative on behalf of Switzerland in the European Committee against Torture and Inhuman or Degrading Treatment or Punishment (CPT), which serves as a monitoring mechanism to the Council of Europe. 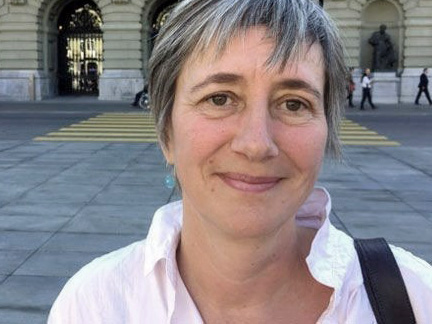 Dorothea Winkler is an Anthropologist and an expert on counter-trafficking activities with 15 years of experience in victim protection and support. As a member of regional and national expert groups on migration, prostitution and trafficking issues, Ms Winkler has focused on interdisciplinary co-operation. She has acted as training instructor for police officers, prosecutors, border guards and social workers, and was Co-President of the Swiss “Euro 08 Campaign against Trafficking in Women”. In 2016, she was elected as a member of the Council of Europe’s Group of Experts on Action against Trafficking in Human Beings (GRETA), and re-elected in 2020.

Previously at the Council of Europe 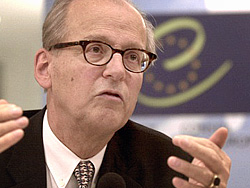 Luzius Wildhaber is a professor emeritus of public international law as well as constitutional and administrative law at the University of Basel in Switzerland. Before he became a judge of the European Court of Human Rights (ECtHR) in 1991, he had served as a judge in Liechtenstein, Switzerland and on the Administrative Tribunal of the Inter-American Development Bank. When the Council of Europe turned the Court into a full-time body in 1998, Luzius Wildhaber was elected its first President, a key role he played until he retired in 2006. 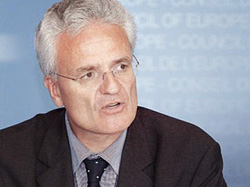 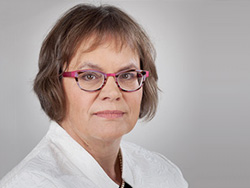 _
Photos © with the rightful copyright owners