The Convention on the Protection of Children against Sexual Exploitation and Sexual Abuse (CETS No. 201) is also known as Lanzarote Convention due to the Canary Island where it was opened for signature.

It entered into force in 2010 and is the first pan European instrument to establish the various forms of sexual abuse of children criminal as offences, including such abuse committed in the home, or family, or abroad. The Convention is not only open for accession to the Council of Europe member states, but also to non-member states.

Purposes of the Convention

The Lanzarote Convention aims to serve the following three purposes:

Parties to the Lanzarote Convention are asked to establish independent national or local institutions for the promotion and protection of the rights of the child. Furthermore, they are to co-ordinate the efforts of all agencies involved, notably in the education sector, the health sector, the social services, the law-enforcement and judicial authorities. Preventive measures have to include the screening, recruitment and training of people working with children. Children have to be made aware of potential risks and they have to be taught how to protect themselves. Intervention programmes and monitoring measures for offenders and potential offenders have to be set up.

Parties to the Lanzarote Convention are obliged to take measures which allow and encourage people to report suspected sexual exploitation and abuse, set up telephone and internet helplines for children and assist victims in their physical and psycho-social recovery.

When the parents or persons who have care of the child are involved in his or her sexual exploitation or sexual abuse, the intervention procedures shall – in accordance with the best interests of the child – include the possibility of removing either the alleged perpetrator or the victim from his or her family environment. Furthermore, State Parties are asked to set up programmes or measures suitable to prevent or at least minimise the risks of repeated offences of a sexual nature against children.

Under the Lanzarote Convention, a number of conducts have to be classified as criminal offences by the State Parties and punished accordingly at national level. Among them are:

The State Parties have to ensure that investigations or prosecution of such offences are liable to public prosecution, that the proceedings are carried out in the best interests and respecting the rights of the child and do not aggravate the trauma already experienced. To this purpose, all persons working in units or services in charge of combating sexual exploitation and sexual abuse of children must be trained professionals.

Responsible for monitoring the implementation of the Lanzarote Convention by the State Parties is the Lanzarote Committee. Its members are experts in the field of children’s rights from all member states. The Committee holds its meetings in Strassburg whenever at least one third of the parties or the Secretary General of the Council of Europe so requests. Representatives from the various Council of Europe bodies, the Observer States, the European Union, the United Nations, other intergovernmental organisations as well as International NGOs may participate in those meetings as observers.

The Lanzarote Committee started its monitoring work by taking stock: To that effect, it devised a general overview questionnaire regarding the existing legislation and the institutional framework established at national, regional and local level, which was sent to all State Parties.

Monitoring the implementation of the Lanzarote Convention by the State Parties is carried out in monitoring rounds, each dedicated to a specific theme, decided upon by the Lanzarote Committee. Each round is based on a questionnaire addressed to the State Parties and sent to representatives of civil society, NGOs and any other bodies involved in preventing and combating sexual exploitation and sexual abuse of children as well. The questionnaire is made available on the Council of Europe’s website.

The replies to this questionnaire by the State Parties are made public, unless otherwise requested by the party concerned, whereas the replies received from the representatives of civil society and NGOs are only made public upon their request. If the need to clarify the situation arises, the Bureau of the Lanzarote Committee can carry out a visit in the State Party concerned.

Based on the information collected through the questionnaire, the Lanzarote Committee adopts a draft report on the implementation of the Convention by every State Party. This implementation report is sent to the party concerned in order for it to comment and clarify possible misunderstandings. The report is then sent back to the Lanzarote Committee for final examination and adoption. Finally, the report – together with any comments made by the parties concerned – is transmitted to the Committee of Ministers of the Council of Europe for information and is then made public.

The Lanzarote Committee informs the decision making body of the Council of Europe – the Committee of Ministers – at least once a year on the state of its work by publishing an activity report.

Campaign ONE in FIVE

Available data suggests that about 1 in 5 children in Europe is a victim of some form of sexual violence. The Council of Europe’s campaign ONE in FIVE is raising public awareness for this fact. 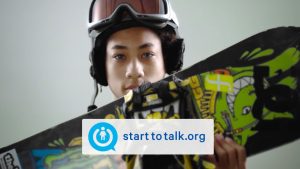 Start to Talk is a Council of Europe campaign aimed at governments, sports clubs, associations and federations as well as athletes and coaches to stop child sexual abuse in sport.