Wild flora and fauna are of aesthetic, scientific, cultural, recreational, economic and intrinsic value. They constitute a natural heritage that needs to be preserved and handed on to future generations. 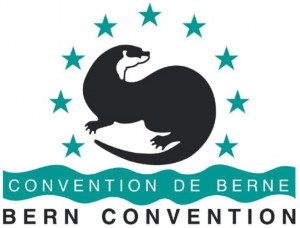 In order to do so, the Council of Europe member states drafted the Convention on the Conservation of European Wildlife and Natural Habitats (CETS 104).

The treaty was opened for signature in Bern/Switzerland and is, therefore, more commonly known as the Bern Convention.

The Bern Convention entered into force in 1982. Since then, it has been ratified by almost all Council of Europe member states, a number of non-member states as well as the European Union (EU).

Parties to the Convention are required to conserve wild flora and fauna and their natural habitats by:

Parties to the Bern Convention commit themselves to the protection of species. Hence, several regularly updated appendices to the Convention list all flora (plants) and fauna (animals) covered by the treaty. Furthermore, the Convention contains instructions regarding the handling of protected flora and fauna. Here are some of them:

Flora
It is prohibited to deliberately pick, collect, cut or uproot protected plants. The possession or sale of such plants is equally forbidden.

Fauna
Protected animals shall not deliberately be disturbed, captured, kept or killed. Their breeding or resting sites are not to be damaged or destroyed. Removal and possession of their eggs is forbidden. Furthermore, it is prohibited to trade or possess protected animals, alive or dead, or any parts of them.

Any exploitation of protected wild fauna has to be regulated in order to keep the populations out of danger. Otherwise, closed seasons have to be introduced or a ban put on exploitation. 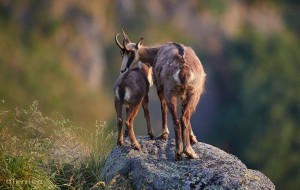 Furthermore, it is forbidden to use indiscriminate means of capture and killing such as snares, nets, traps, poisoned bait or explosives.

Member states to the Convention have to make certain that all measures taken to ensure the protection of species at national level also cover migratory species whose range extends into their territories.

Each Party to the Convention is allowed to make exceptions from the provisions stated in the Bern Convention, if these exceptions

Parties to the Convention who do make exceptions, however, have to give a full account on the ramifications of their actions to the Council of Europe every two years.

Parties to the Bern Convention commit themselves to encourage and co-ordinate research related to the purposes of the Convention. Based on the knowledge gained by other Parties to the Convention, the reintroduction of native species of wild flora and fauna, for example, is to be encouraged when this would contribute to the conservation of an endangered species. On the same grounds, the introduction of non-native species is to be strictly controlled.

The Standing Committee is the governing body of the Bern Convention. It meets once a year and includes representatives from all Parties to the Convention. Observers from Council of Europe member states, who are non-contracting parties, as well as both governmental and non-governmental organisations (NGOs) take part in the meetings without voting rights. The Standing Committee is led by a chair, a vice-chair and two additional members, each elected for one year of office, renewable up to three times.

The body responsible for taking administrative and organisational decisions between meetings of the Standing Committee is the Bureau. It is made up by the acting chair, the previous chair, the acting vice-chair and two additional Bureau members of the Standing Committee. It is assisted in all administrative and organisational matters by a Secretariat. 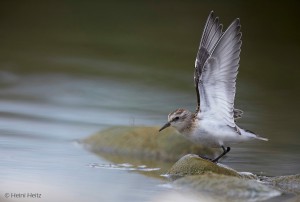 Under the direction of the Standing Committee, monitoring of member state’s compliance with the Bern Convention is carried out with the help of various tools. Chief among them are a reporting system, a case-file system as well as monitoring done by Groups of Experts.

The Groups of Experts are made up of representatives of the member states of the convention specialised in specific topics or issues, for example reptiles, plants, large carnivores, invasive alien species, climate change or biological diversity. NGOs with particular expertise who have observer status are also invited to join.

The Groups of Experts review the implementation of the Bern Convention in the member states and draft recommendations on how to improve the situation.

The Emerald Network contains areas of special conservation interest across Europe. Its objective is to ensure the long term survival of those species and habitats covered by the Bern Convention, which require specific protective measures. Once an area proposed is officially adopted as an Emerald Network site, it has to be designated and managed at national level and will be regularly monitored.

The European Diploma for Protected Areas 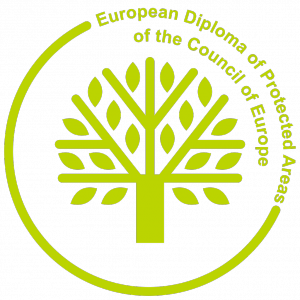 The European Diploma is an international award granted since 1965 by the Committee of Ministers of the Council of Europe. It recognises natural and semi-natural areas and landscapes of exceptional European importance for the preservation of biological, geological and landscape diversity as well as the exemplary management of such areas. Due to these specifications the Diploma is closely connected to the Bern Convention.

The Diploma is awarded for five years. It may then be renewed for successive 10 year periods. The management of each award-winning site has to send an annual report to the Council of Europe. In the event of a serious threat to an area or a substantial deterioration of the site, an exceptional appraisal may be conducted.

Council of Europe Video on the Bern Convention