Raise your hand against smacking 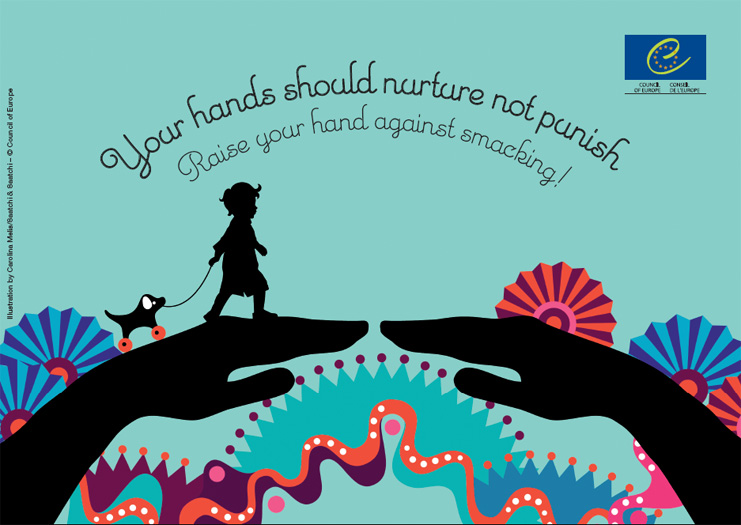 Corporal punishment is the most widespread form of violence against children.

Even though it violates children’s rights, conveys the wrong message to the child and may cause serious physical and psychological harm, a large majority of all parents in Europe approve of this practice.

The Council of Europe is challenging corporal punishment by campaigning for the total abolition of this practice.

The campaign “Raise your hand against smacking” started in 2008 in Zagreb, was aimed at both the general public and decision makers and launched a public debate about corporal punishment throughout Europe.