Human Rights as a philosophical idea

Several thousand years ago, advanced civilisations in Mesopotamia, Egypt, Persia, India and Greece drafted texts containing passages, which could be interpreted as precursors of human rights. The actual history of human rights in the modern sense, however, started as a philosophical idea in the 18th century during the European Age of Enlightenment. 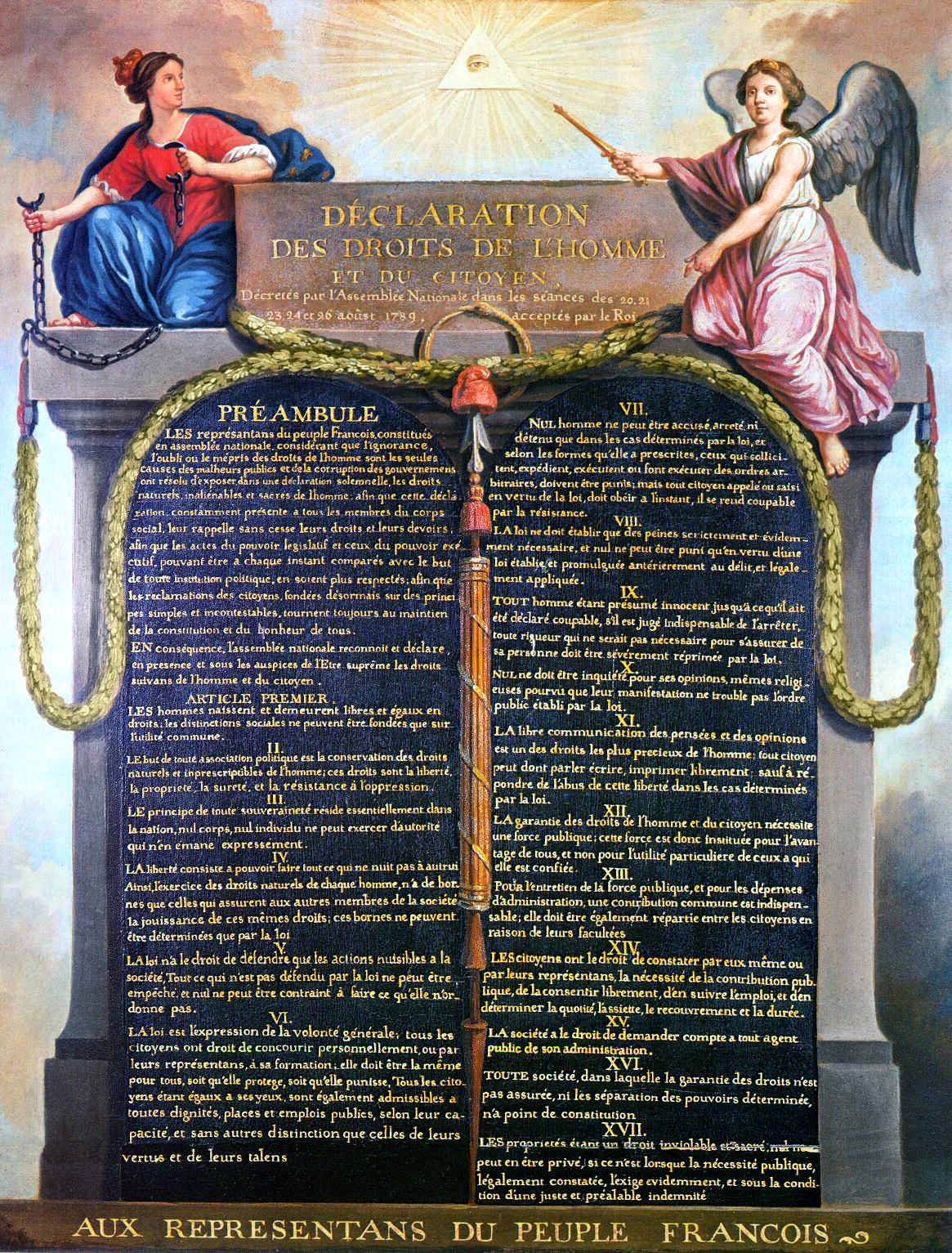 At the same time, the French Revolution, inspired by the Enlightenment, demanded liberty, equality and fraternity, and culminated 1789 in the publication of the first human rights declaration in Europe, the “Declaration of the Rights of Man and of the Citizen”.

During the following two centuries – all though slowly and with interruptions as well as setbacks – the idea of human rights, based on the dignity of man, spread in Europe, and was included in the national constitutions of many states.

Human beings have killed, abused, degraded and oppressed each other throughout their history. The systematic atrocities committed during World War II, however, were unparalleled to such an extent, that they triggered the setting up of an international human rights protection mechanism: 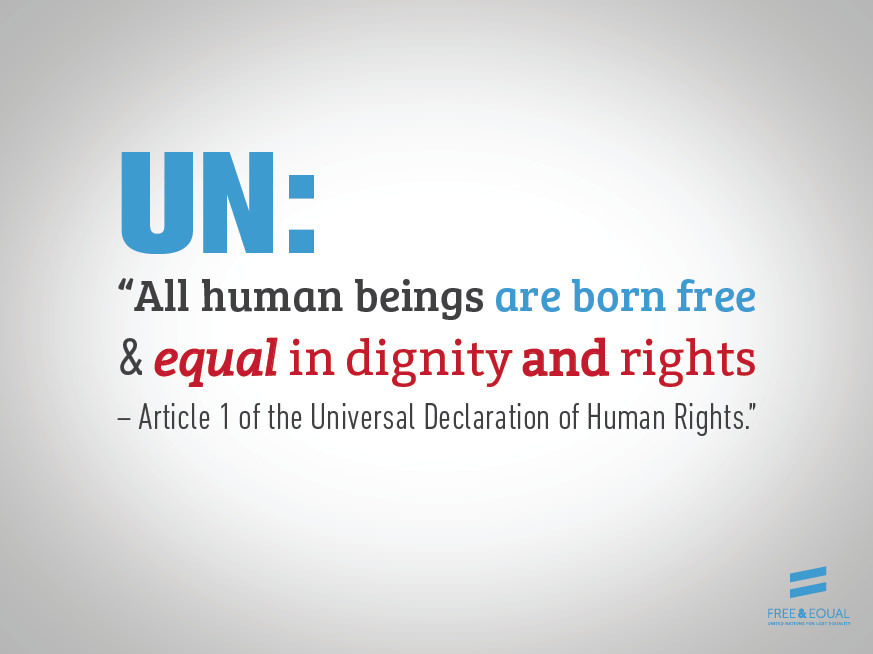 In 1948, the United Nations adopted their Universal Declaration of Human Rights, a milestone in the history of human rights. Three years later, the member states of the Council of Europe ratified the European Convention on Human Rights (ECHR).

Ever since then, the international community has been working on the establishment of human rights as the organizing principle at national as well as international level. By doing so, it proves it’s determination to use political as well as juridical means to protect every individual from arbitrariness, deprivation of rights and tyranny, and thus elevate society as a whole to a higher level of civilisation.

The development of an effective human rights protection, though, remains a work in progress for three main reasons: To begin with, human rights are only able to develop their full potential within the framework of democratic structures, governed by the rule of law. Secondly, the promotion of human rights depends on the political zeitgeist and is, therefore, subject to variations. Thirdly, life changes constantly, and human rights protection has to follow suit in order to be effective.

There are several categorisations of human rights. The most widespread is the one used by the United Nations, which distinguishes the following three categories:

Human Rights are defined by certain characteristics. Among other things they are:

Many people feel committed to human rights and human rights protection. That’s why a vast number of organisations, groups and individuals are promoting them at local, regional, national and international level.

Two kinds of organisations are particularly influential and effective:

The first are the non-governmental organisations (NGOs) like Amnesty International or Human Rights Watch, which are privately organised and financed by civil society.

The second are the intergovernmental organisations like the United Nations or the Council of Europe, which are run as well as financed by their member states.

Internationally, the United Nations as the largest intergovernmental organisation is seen as the forerunner in human rights protection. Regionally, several organisations share the responsibility. 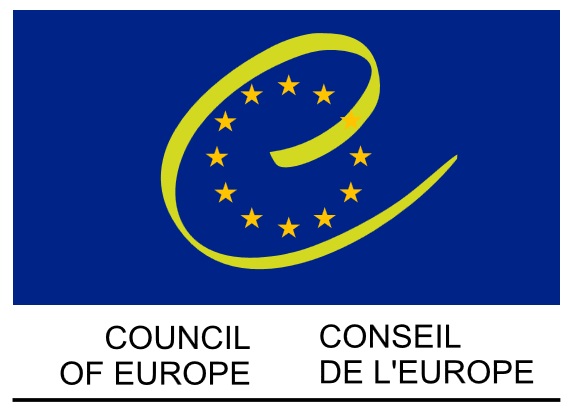 In Europe, for example, are these – apart from the Council of Europe as the continent’s oldest and largest intergovernmental human rights organisation – the Office for Democratic Institutions and Human Rights (ODIHR) of the Organisation for Security and Cooperation in Europe (OSCE) as well as the European Union Agency for Fundamental Rights (FRA).

In the Americas, it’s the Organization of American States (OAS); in Africa the African Union (AU).

Human rights protection becomes most effective when it takes the form of legal norms. That’s why intergovernmental organisations draw up international treaties, also called conventions. The stipulations contained in such a treaty are legally binding for all states, who have ratified it.

It is common practice to supervise compliance with the stipulations set out in a treaty via a monitoring-mechanism. 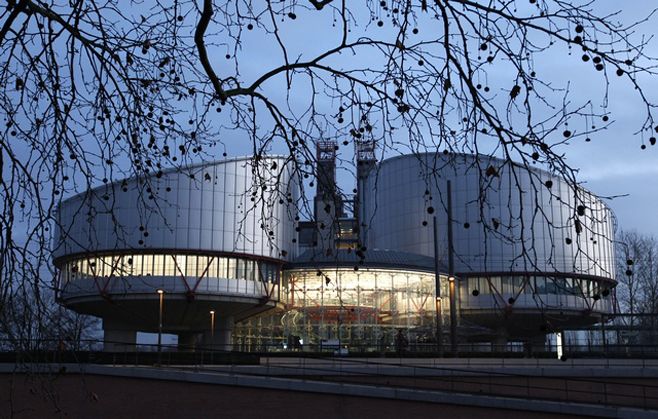 Europe is the only continent, which takes this practice a step further: The European Convention on Human Rights (ECHR) is not only being supervised, but the member states of the Council of Europe created the European Court of Human Rights (ECtHR), before which violations of the convention can be brought.

Human rights are based on the idea, that all human beings are equal. Consequently, they curtail the power of individuals or certain groups. The most ferocious human rights critics are, therefore, found on the one hand among the representatives of ideologies like racism, aggressive nationalism, political extremism or religious fundamentalism, which reject the idea of equality on principle. On the other hand, human rights are also fought by those, whose personal power is being limited by them, and who fear for the own interests.

Human rights and human rights protection are most often criticised because they seem ineffective. Looking at all the human rights violations happening around the world every day, this reproach is understandable. However, the following has to be borne in mind:

Human rights promotion does not produce immediate results, but takes time and requires patience. First, human rights have to be defined, then, suitable legal norms have to be developed in order to protect them. This is a challenging and time-consuming process. Once concluded, though, it reveals deficiencies, which, until then, were blamed on fate, culture or tradition, and, therefore, ignored by society.

The violation of human rights, therefore, is not primarily a sign for the ineffectiveness of human rights protection, but for the fact, that some form of protection has already been implemented. And this is the first step on a – possibly long – journey towards a better future.