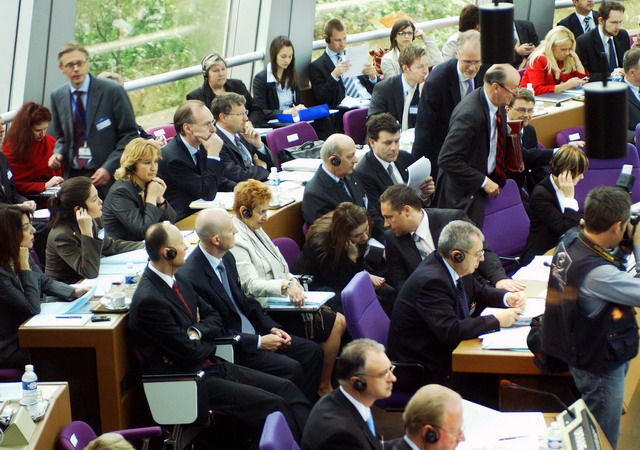 Career-diplomats are normally staff members of the Foreign Office. They usually hold a university degree and then go through diplomatic training either before or after having joined the diplomatic service, depending on the system.

Diplomats only stay in the same place for an average of 3 years before they are relocated – to a different job in a different country with a different language and different customs. At regular intervals, diplomats are assigned leading positions within their own Foreign Office for a couple of years in order to stay in touch with everyday life in their home countries, before being sent abroad again.

Due to this lifestyle, which requires an exceptional personal and professional adaptability, diplomats tend to become high-level all-rounders.

The diplomats at a Permanent Representation to the Council of Europe

The tasks of the diplomats working at a Permanent Representation are manifold. Here are some examples: 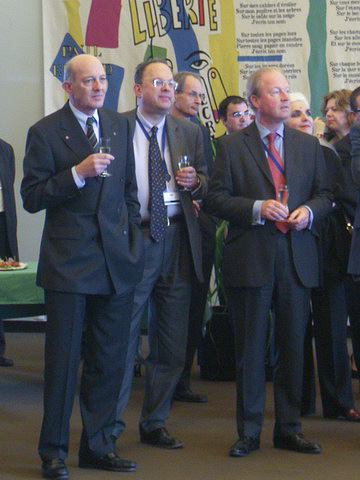 The most valuable commodity in diplomacy is information. This is the reason why a diplomat’s working day goes on after hours at countless receptions and formal dinners, where the same people talk about the same topics that were discussed during their meetings.

It is sometimes easier, though, to reach an agreement during a one-to-one meeting or while talking things over in a small group. Besides, during these social gatherings the diplomats get to know each other better, and that, in turn, can be helpful for reaching a consensus later on, while officially negotiating.

So, even if the picture of a diplomat holding a cocktail glass is well-known, and the cliché suggests a situation of relaxation, it is, in fact, intensive multilateral networking: A core task of diplomatic work and as such most interesting but also sometimes challenging after a hard day’s work.