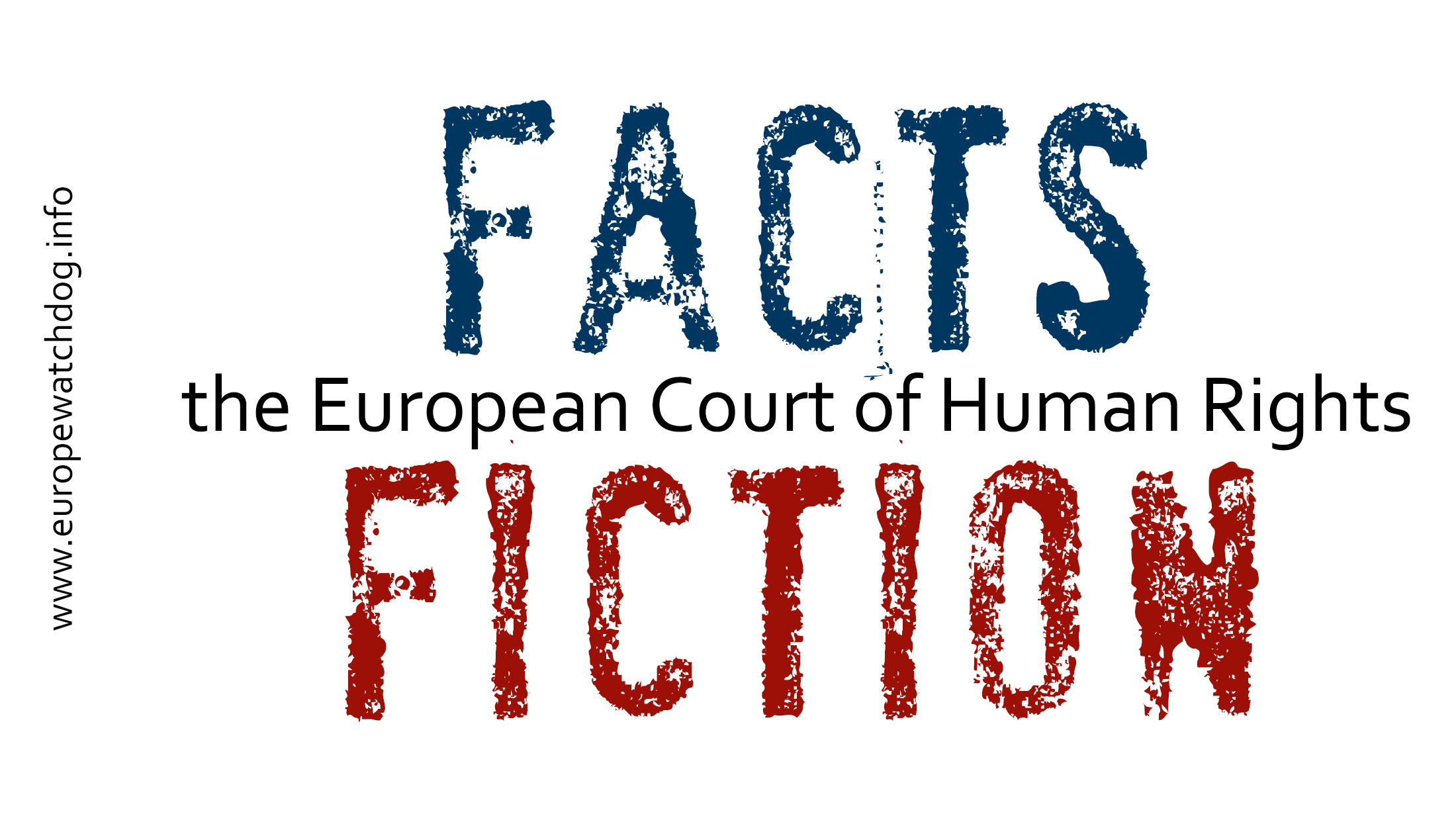 1. Fiction: The European Court of Human Rights is part of the European Union.

Fact: The Court is not part of the EU but an instrument of the Council of Europe, the continent’s oldest and largest intergovernmental human rights organisation. If anything, the EU in its entirety will become party to the European Convention on Human Rights (ECHR) of the Council of Europe – and thus subject to the jurisdiction of the Court – as soon as the current negotiations to this effect are concluded.

Fact: Every member state sends one judge to the Court. Each of these judges is democratically elected by the members of the Parliamentary Assembly of the Council of Europe from a list of three candidates. In turn, the Parliamentary Assembly consists of democratically elected members of the national parliaments of all member states. In every court case judged by the Small Chamber (7 judges) or the Grand Chamber (17 judges), the judge from the country in question is part of the chamber’s panel.

3. Fiction: The judges of the European Court of Human Rights are incompetent.

Fact: The Parliamentary Assembly of the Council of Europe elects every judge from a list of three candidates. Therefore, all judges are experienced professionals from various fields of law, typically university professors or judges at national courts, and most of them have worked with national or international human rights bodies prior to their election to the Court. Detailed CV’s of all judges are published on the Court’s website.

Fact: If the Court finds a member state guilty of having violated the human rights set out in the European Convention on Human Rights (ECHR), it may order the state to pay material damages, the sum of which is usually rather symbolic. The condemned state, however, is requested to redress violations, and, even more important, to desist from repeating the same kind of violation in the future. The Committee of Ministers of the Council of Europe is charged with the supervision of the execution of the Court’s judgments. It assists the state in question in trying to find suitable measures in order to comply with the demands made by the Court, and these might include changing the national legislation.

5. Fiction: The European Court of Human Rights dictates its terms to the member states.

Fact: In its judgements, the Court does not dictate terms, but calls on the member states to work out solutions to the problems identified by the Court on their own authority. The execution of the Court’s judgments is supervised by the Committee of Ministers of the Council of Europe. As a political body, comprising representatives of all member states, the Committee of Ministers understands a state’s need for a wide margin of appreciation to implement certain judgments and accepts it.

6. Fiction: The European Court of Human Rights is inefficient and will collapse under its backlog of pending cases.

Fact: During the years Russia blocked the reforms proposed in Protocol No. 14, the Court accumulated a huge backlog of pending applications. Protocol No. 14 entered into force in 2010, however, and by the end of 2014, the Court had already reduced its backlog by half, to 80’000 cases, in 2018 it was down to 56’000 cases. The number of new applications received every year is decreasing as well and statistics show that the Court will be able to get rid of its backlog within the next few years.

7. The European Court of Human Rights notoriously rules against its member states.

Fact: The Court defends and protects human rights. It does so on the legal basis of an international treaty – the European Convention on Human Rights (ECHR). The human rights, as they are set up within this treaty, are due to every human being, criminal and respectable citizen alike.

Fact: Human nature is prone to vindictiveness, cruelty and abuse. Human rights constitute a collective effort to control such base impulses by means of legislation. Successfully applied, human rights protect every single human being and thus elevate society as a whole to a higher level of civilisation. From this perspective, human rights protection can never be taken too far.

Fact: The world changes and the Court accounts for this fact by applying the European Convention of Human Rights (ECHR) not in accordance with historical, but with current social and economic conditions. Hereby, it turns the ECHR from a dead letter into a “living instrument” of case-law, and many of the Court’s judgments are considered ground-breaking for Europe. Sometimes, however, the dynamic legal interpretation of the Court also meets with resistance, in particular when it asks – in the name of human rights – for adjustments in terms of civilisation, which a society is not (yet) willing or able to make.