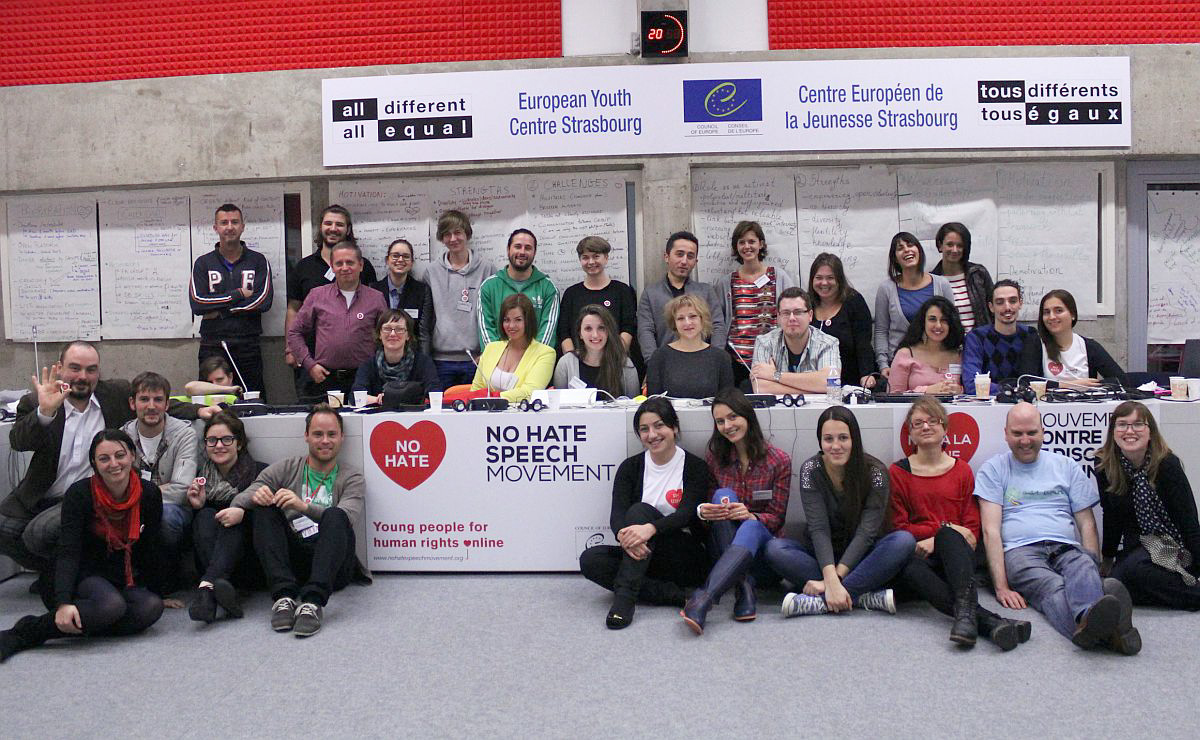 In order to combat racism and discrimination online, it is vital to raise public awareness of the phenomenon and to reduce society’s acceptance of online hate speech.

By promoting media and internet literacy, the campaign tried to enable young people not only to avoid, but actively fight cyber-bullying and cyber-hate, directed at themselves or others.

It aimed at developing youth participation and citizenship online, supplied participants with tools for constructive responses to hate speech and supported them in standing up for human rights – online and offline.

Between 2012 and 2018 the campaign covered 45 European countries. In 2020, the No Hate Speech Movement was transformed into an independent European network and keeps making progress.