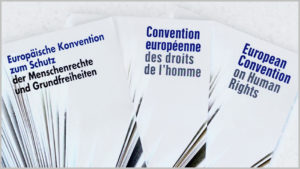 All Council of Europe member states have ratified the ECHR and are, therefore, legally bound by this treaty.

The states, which founded the Council of Europe at the end of the Second World War, were convinced that they shared a common heritage of political traditions, ideals, freedom, and the rule of law. Furthermore, they agreed that fundamental freedoms were the foundation of justice and peace in the world.

For these reasons they created the ECHR, and their objective was twofold: On the one hand, the ECHR was set up in order to prevent atrocities like the ones committed during the Second World War from ever happening again. On the other hand, it was meant to achieve a greater unity between the member states, promote the development of democracy in Europe, and thereby bring lasting peace to the continent.

In comparison with an individual, every state is basically all-powerful. And just like every other community, states are prone to abuse their power. It is of vital importance, therefore, to restrict and control the power given to a state.

By becoming party to the ECHR, all Council of Europe member states have – explicitly and in a legally binding way – expressed their will for self-restriction. As an international treaty, the ECHR specifies the most basic human rights and freedoms on a pan-European level. By doing so, it establishes the rules of conduct of a state towards any person and thus offers the latter protection from arbitrariness.

The ECHR is, therefore, a unique legal instrument. In terms of civilisation it is considered one of the most important achievements in Europe after the Second World War. 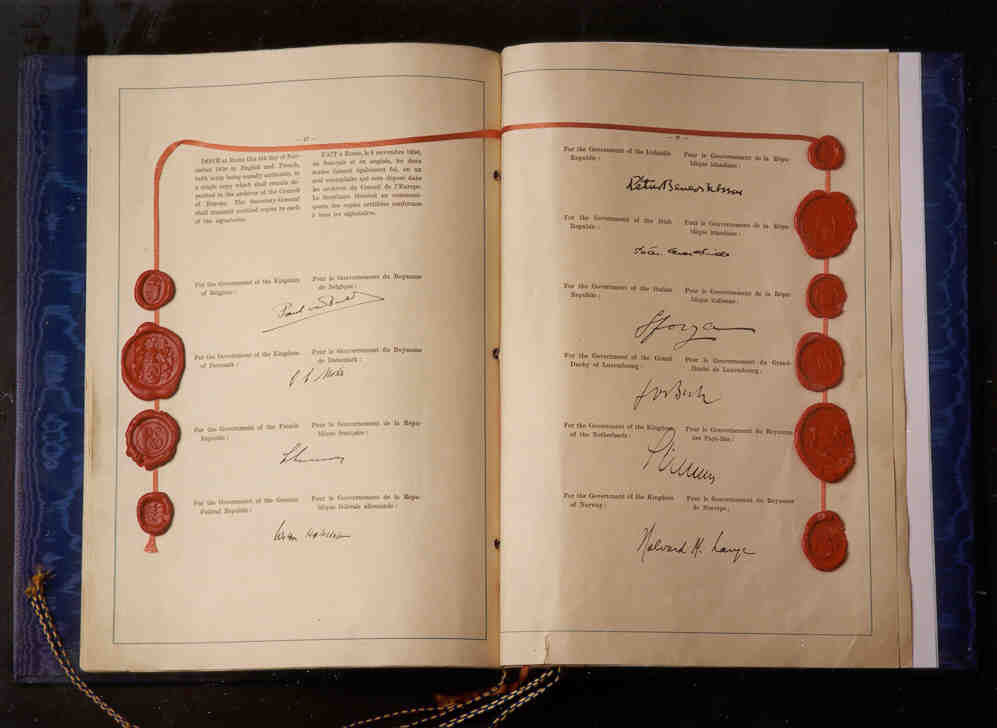 The ECHR’s official name is Convention for the Protection of Human Rights and Fundamental Freedoms (CETS 005). It is based on the Universal Declaration of Human Rights, drafted by the United Nations in 1948. The ECHR takes human rights protection one step further, though, because it was set up as a legally binding treaty rather than a mere declaration.

The ECHR was drawn up in the official languages used by the Council of Europe: English and French. It starts with a preamble, followed by three sections, which are subdivided into several articles each: The first section contains a catalogue of human rights and freedoms. The second section refers to the establishment of the European Court of Human Rights (ECtHR) and its mode of operation. The third section contains miscellaneous provisions.

From the time when it entered into force in 1953, the ECHR has been extended, as well as amended, through various additional protocols: further rights and freedoms were added, already existing procedures adjusted, and new competencies specified.

Nevertheless, the ECHR has remained a rather short, down-to-earth document – quite a few of its 59 articles consist of a single, easily understandable sentence.

Catalogue of Human Rights and Freedoms

Every member state is obligated to guarantee all persons living within its jurisdiction – irrespective of their nationality – certain rights and freedoms. Among them are:

In addition, the ECHR prohibits certain acts. Among them are:

This catalogue contains a minimum of provisions for the protection of human rights. Every member state is free to further increase its human rights protection at the national level.

The ECHR and the European Court of Human Rights

The ECHR is an international treaty, containing norms for the protection of human rights. Since any treaty can be violated, there has to be a court a violation can be brought before. Without that possibility, no treaty will be effective.

The Council of Europe member states, being sensible of this fact, created the European Court of Human Rights (ECtHR) in 1959. If one or more rights or freedoms specified in the ECHR are violated by a state, the person concerned is free – after having exhausted all national remedies – to lodge a complaint with this Court.

The ECHR – a “living instrument” 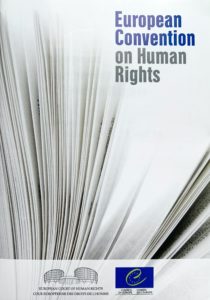 The ECHR was drafted more than 70 years ago, and not only has the world changed since then, but so have people and their ideals. Today, technologies, like the internet, or scientific possibilities, like genetic engineering or increasing international terrorism bear new challenges for legislation as well as case-law.

The European Court of Human Rights (ECtHR) accounts for this fact by applying the norms for the protection of human rights contained in the ECHR not in accordance with historical, but with current social and economic conditions.

By doing so, on the one hand the Court turns the ECHR from a dead letter into a living and dynamic instrument of case-law, and many of the Court’s judgments are considered ground-breaking for Europe.

On the other hand, however, the dynamic legal interpretation of the Court also meets with resistance, in particular when it asks – in the name of human rights protection – for adjustments in terms of civilisation, which a society is not (yet) willing or able to make.

Link to the complete original text of the European Convention on Human Rights (PDF, provided by the CoE)